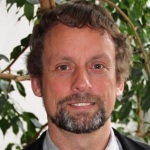 Mr Souvignier studied physics at RWTH Aachen from 1983 until 1988. In 1991 he took his doctoral degree in physics (biophysics) at Ruhr-Universität Bochum and Max-Planck-Institut für Ernährungsphysiologie in Dortmund. Since 1993 Mr Souvignier is lecturer at the episcopal academy of the diocese Aachen. From 1997 to 2001 he also was speaker for medical ethics in the catholic university parish (KHG) Aachen.
Currently he is involved in the academy for ethics in medicine, the ethics panel of the medical faculty of RWTH Aachen as well as the advisory board of the theology and nature trust.
His activity emphases are crossroad issues between natural science, theology and bioethics.